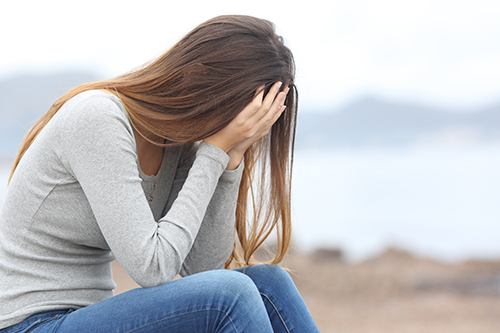 With Labor Day now behind us, students across the US are returning to (or making their way off to) colleges and universities across the US.  For many students, this will be the first time to be living on their own, away from parents.

With this new-found freedom, the lack of parental curfews and other rules, and the excitement of the vast array of activities offered by many colleges, many students are actively participating in a wide variety of social activities and events.  For many students, these activities may include dating and partying.

Unfortunately, the first few weeks of the Fall semester also coincide with a high number of rapes and sexual assaults, in which both women and men may be victims.  The factors that often contribute to the higher incidence of rape and sexual assault at the beginning of the school year include the following:

This is especially the case at parties, when cups of beer are constantly being refilled from kegs even before a cup is empty, making it difficult for a drinker to know how much beer has been consumed.  When shots of hard alcohol are included, the change from sobriety to intoxication can occur quickly.

In these situations, women (and sometimes even men) may be unable to defend themselves against sexual assault, especially if they pass out.  Thus those who become intoxicated may be seen as an easy target by a person perpetrating a sexual assault.

Misplaced Trust and Lack of Knowledge About Potential Perpetrators

Students in high school typically live in protective environments.  They may have spent most of their lives around those who they may be dating, going to parties with, or just hanging out.  As a result, many young adults believe that people are “good”, and that no one would ever set out to sexually assault them.

This is especially the case on campuses with thousands of students, where at the beginning of the school year new students will typically not know most of the other students with whom they will be living and studying in close quarters.  New students on campus who may generally be trusting may not realize that there are others on campus who may be looking for every opportunity possible to take sexual advantage of them.

In some cases of date rape, the predator may use his strength over a victim to commit the sexual assault.  In other cases, alcohol or drugs may be used by the perpetrator in seeking to reduce the victim’s inhibitions or ability to say “no” when sexual relations are initiated.  In yet other cases, a sexual perpetrator may put a “date rape” drug into a victim’s drink so that the victim not only can’t say “no”, but is also physically unable to even try to resist.

Men committing date rape or sexual assault in connection with a date may claim to believe that the woman consented, or that sex was implied when the woman agreed to the date.  Neither of these excuses is a justification for assault or rape.  The truth is that “no” means “no,” and there is never an implied sexual commitment by anyone simply by agreeing to a date.

As part of college, students often study late at night or hang out with friends.  When it’s time to return to a dorm, fraternity or sorority house, or apartment, it may be very late, the trek back may be somewhat long through areas that may not always be well-lit, and new students may not be familiar with the safest way back to their residence.  While most large colleges and universities have on-site security 24/7 and have emergency phones located throughout campus, these measures are not always effective at stopping late-night sexual assaults.

What Actions Can a Victim Take After a Sexual Assault or Rape Occurs at College?

Often, the first step is for a victim to understand that a sexual assault or rape did occur, and that it is not their fault.  This realization may sometimes be difficult for victims, as in some cases a victim may feel like they were at least partially at fault if they voluntarily became intoxicated, or if they were assaulted in connection with a date.  Even if a victim was intoxicated or on a date, this is never an excuse for a sexual assault, which is always non-consensual.

Second, the victim should contact the police to report what occurred so that the police can conduct a proper investigation.  A victim should also go a hospital as soon as possible for appropriate treatment and testing.

It is important to know that under federal law (including Title IX), colleges and universities have an affirmative duty to fairly investigate all cases of sexual assault, as well as to protect the victim from their perpetrator (which can include actions ranging from expelling the perpetrator to making sure that the victim and the perpetrator do not have classes together).

Fourth, we are available if the proper investigation is not being conducted, or if a victim is interested in seeking compensation from a college or university for any role or negligence on their part which contributed to the sexual assault.

For a free consultation to learn more about your rights, please feel free to call our firm.


« Back to
NY Injury Center