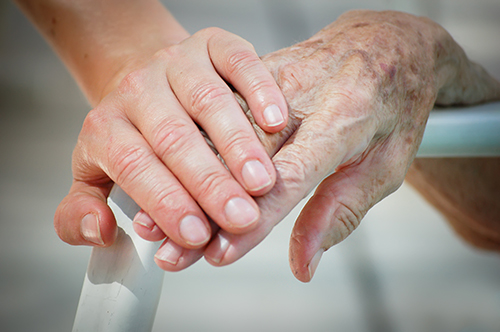 What type of justice is available to a 91-year-old nursing home dementia patient who allegedly was the victim of taunting on a Snapchat video?  That is the question that an Illinois family is seeking to find out in court.

According to an NBC News article, the patient – 91 year-old Margaret Collins – was a resident at The Abington of Glenview Nursing and Rehab Center in Illinois.  In December, 2018, her family was made award that two staffers at the nursing home allegedly posted a video of Ms. Collins being taunted with a hospital nursing gown.  The video reportedly contained the caption “Margaret Hates Gowns”, accompanied by two laughing emojis.   According to Ms. Collins’ family, she hated nursing gowns, and was shown on the video resisting the attempts of the nursing home staff who were allegedly shoving a gown toward her.

The family of the resident claims that their mother suffered a significant set-back from this alleged taunting, and from the bullying and humiliation suffered by their mother from the incident.  According to their family, their mother’s health has deteriorated because she now lives in fear of further attacks.  The family has filed a lawsuit against the nursing home and other defendants, seeking more than $1 million in damages.

What Was Done by the Police?

Based on the NBC News article, the allegations were deemed to be “concluded to be unsubstantiated” as the result of an Illinois Department of Public Heath Report investigation.  However, this article also stated that the investigation found that The Abington “failed to implement its ‘Abuse Prevention Policy’ by failing the ensure that a resident is free from staff-inflicted emotional abuse.”

Separately, according to the Glenview Police Department, it appears that the two staff members were charged in January, 2019 with disorderly conduct, which is a misdemeanor.  The staff members were both released on a $75 bond, and are due in court at a later date to address this charge.  One of the staff members reportedly admitted to creating the video and sending it to former co-workers, but never posted it on Snapchat.

Our firm is dedicated to seeking justice for residents who have been harmed or injured through abuse, neglect, or other negligence, and also to committed to preserving the dignity of residents in nursing homes.  We are especially vigilant in seeking justice for those who may have been exploited in situations such as the one noted above.

If a Loved One Has Been Injured or Exploited in a Nursing Home, Please Call Our Firm for a Free Consultation.

We accept cases on a contingency fee basis, so you will not owe us any fees for our time unless we are acceptable in recovering compensation.


« Back to
NY Injury Center